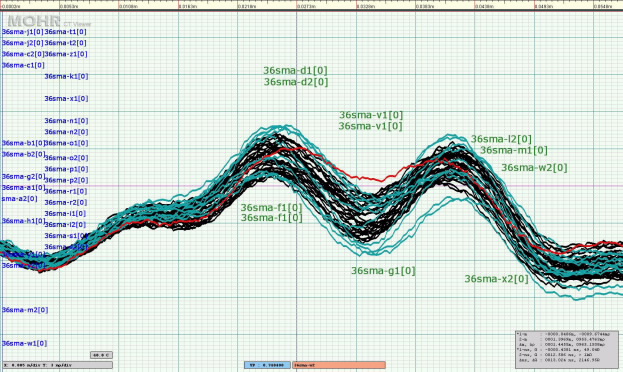 Figure 1 — Example screenshot from CT Viewer™ (click to enlarge). TDR traces from a batch of 50 Ω SMA interconnects has been called up for QC, highlighting impedance differences caused by slight variations in manufacturing. There is moderate variation even in this small batch of precision parts, one reason why the assumption that a given cable or interconnect is the same as another in a mission-critical system can lead to failures. CT Viewer™ is a powerful QA/QC tool that allows cable and interconnect manufacturers to fine-tune manufacturing processes, and lets customers quickly verify that their cables and interconnects are defect-free and will meet performance requirements of today’s microwave/RF and digital systems. 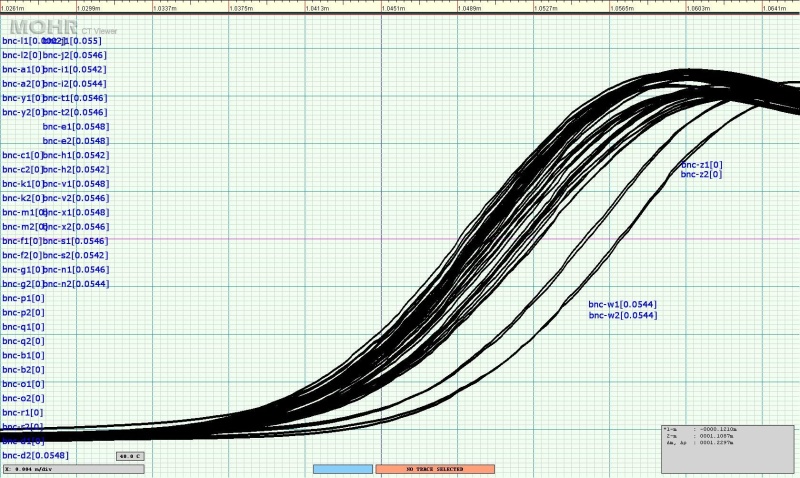 Figure 2 — Example screenshot from CT Viewer™ (click to enlarge). Electrical length comparisons of a batch of 1 m long 50 Ω BNC coaxial cables, showing cable end open faults. Horizontal scale is 4 mm/div. Even with this batch of short precision coaxial cables, there is moderate variation in electrical length with a range of approximately 8 mm. Physical measurement subsequently confirmed this variation was due to mechanical length variation. CT Viewer™ makes it easy to perform large-scale QA/QC checks on all types of cables and interconnects. 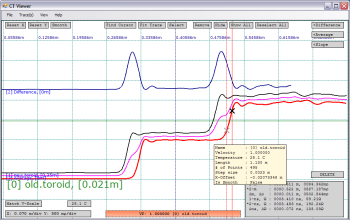 Figure 3 — Example screenshot from CT Viewer™ (click to enlarge). Two similar TDR waveforms (red and black traces) have been loaded, each showing the reflected rise on the left and an open fault to the right, just after the BNC connector. To show some of the features of CT Viewer™ the red trace has been shifted horizontally approximately 150 ps and a difference trace (blue trace) created from the original two traces. An average trace (magenta) has also been created. Two independent cursors are shown measuring the risetime of the open fault.

Figure 4 — Screenshot from CT Viewer™ with the help diagram loaded. A number of features are quickly accessible from the keyboard and mouse, giving you full control over how your TDR traces are displayed.

Quickly and easily archive all your TDR data