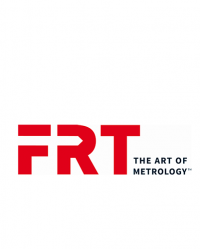 ACA TMetrix is pleased to announce that we now have a new supplier—Germany-based FRT, one of the fastest growing metrology suppliers in the semiconductor industry. Our agreement with FRT gives us exclusive rights to the sale of FRT products in Canada.

FRT offers a comprehensive range of metrological surface measuring systems for the non-destructive investigation of topography, profile, film thickness, roughness, abrasion and many other properties. More than 500 international companies from the automotive, semiconductor, MEMS, optical, photovoltaic and many other industries equip their R&D and production departments with FRT metrology systems.

FRT’s metrological surface measuring systems can help solve the most challenging measurement tasks—even those at the edge of what is physically possible. FRT’s powerful multi-sensor measuring instruments, led by its flagship MicroProf® series, provide non-contact and non-destructive measurement of roughness, profiles, topography and film thickness. In modern 3D surface metrology, the MicroProf® by FRT is the global standard for conducting a wide range of measurement tasks quickly, efficiently and intuitively.

With FRT’s multi-sensor technology, different optical measuring methods can be combined in one tool. The MicroProf® enables a fast overview measurement of the entire sample, as well as high-resolution detail measurements. The measuring ranges can vary from meters to sub-nanometers. With FRT software, the measuring tasks are individually configured and implemented either manually or fully automatically.

For more information or to request a quote, please contact us.