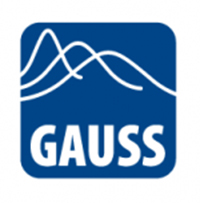 In 2006, the inventors of reaHime FFT analysis for EMC applications presented a novel technology at the EMC Conference in Singapore, which has revolutionized the field of EMC measurement ever since. Measuring times for complex tasks were reduced from hours to only a few seconds. The new TDEMI G series was the first Instrument to reduce a 30 MHz – 1 GHz Quast-Peak measurement from 9 hours to 64 seconds. Advantages for customers and users were demons1rated in the test laboratory at the inauguration of the new EMC center of the VOE test institute in Offenbach in 2008.

After the TDEMI 1 G had garnered great success, its basic block diagrams and FFT measurement methodology from the user manual were approved and integrated as part of the CISPR 16-3, CISPR 16-2-1, CISPR 16-2-2 and CISPR 16-2-3 standard, the time has come to release a new redesigned TDEMI G series. based on the very latest ADC and FPGA technologie.

The new TDEMI G is a full-compliance receiver capable of performing measurements in the frequency ranges 30 MHz. 1 GHz. 3 GHz, 6 GHz, 9 GHz, 18 GHz, 26 GHz, 40 GHz and 44 GHz. The core models of the instrument feature both traditional and FFT-based measurement modes by default. HF performance and measurement dynamics were greatly Improved upon since the origiral TDEMI G series through replacement of old components with high-resolution ADCs and FPGAs. This allows devices of the new TDEMI G series to reach linear dynamic ranges of approx. 90 dB in the reaHime band.The use of powerful FPGAs enables high scan speeds for all TDEMI G-Series instruments in the basic configurations. allowing for short measurement durations of 1.S seconds for conducted EMC measurements and about 8 seconds for quasi-peak measurements from 30 MHz – 1 GHz. A spectrum analyzer equipped with traditional and FFT-based measurement modes is also available. The requirements for radio measurements supporting bandwidths up to 60 MHz, e.g. for the qualification of broadband radio signals. are also fulfilled with the core model of the instrument.

TThe new TDEMI G comes with a high-resolution capacitive touchscreen and connectors on the front which is ideally suited for both laboratory and outdoor use. The high-resolution display with projecied capacitive multi-touch ensures convenient and intuitllE operation.

Previously supported features such as vast reaf-lime bandwidth, state of the art HF performance along with the novel Hyper Overlapping technology are able to be extended into the THz range with external mixers by the new TDEMI G series. 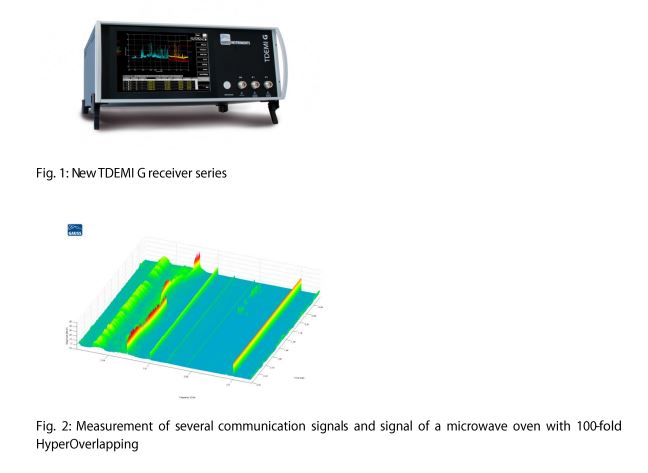